Masons hand out tens of thousands of pounds to Huddersfield charities

“Freemasons are paying out tens of thousands in grants across Kirklees.

Four Huddersfield area charities are being boosted by major grants totalling £72,000 while a further nine small organisations are also being gifted handouts bringing the total to more than £84,000.

Mencap in Kirklees is the biggest beneficiary with a huge £26,000 donation.

The Lindley -based charity, which provides support for people with learning difficulties, is using the cash from the West Riding Provincial Grand Master’s Fund to buy a new a 14-seater bus to replace its 20-year-old vehicle.”

We are so grateful to the Masons for their support in replacing our bus and we honoured to be the largest beneficiary in Kirklees. The support and understanding they have shown to our work is really overwhelming.

With thanks to the generosity of the West Yorkshire Freemasons our new bus has been delivered. It is fantastic, shiny and new. The new arrival is missing some signs which will hopefully be with us soon. 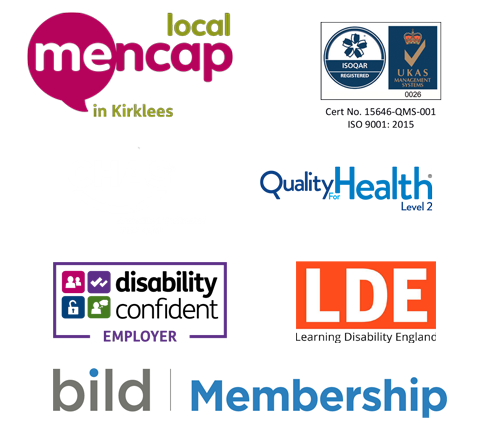 Mencap in Kirklees A company limited by guarantee & incorporated in England and Wales,

At Mencap in Kirklees, we know that the public restrictions have now mostly been removed. We will be following the new rules but do need to let everyone know that for social care settings many of the rules have not changed – only for the public.

As many of the people we support are clinically vulnerable we will still be taking precautions and using PPE as the government rules state we must.

Please get in touch with the relevant team directly for more detailed advice or contact our office at Independence House on 01484 340811.